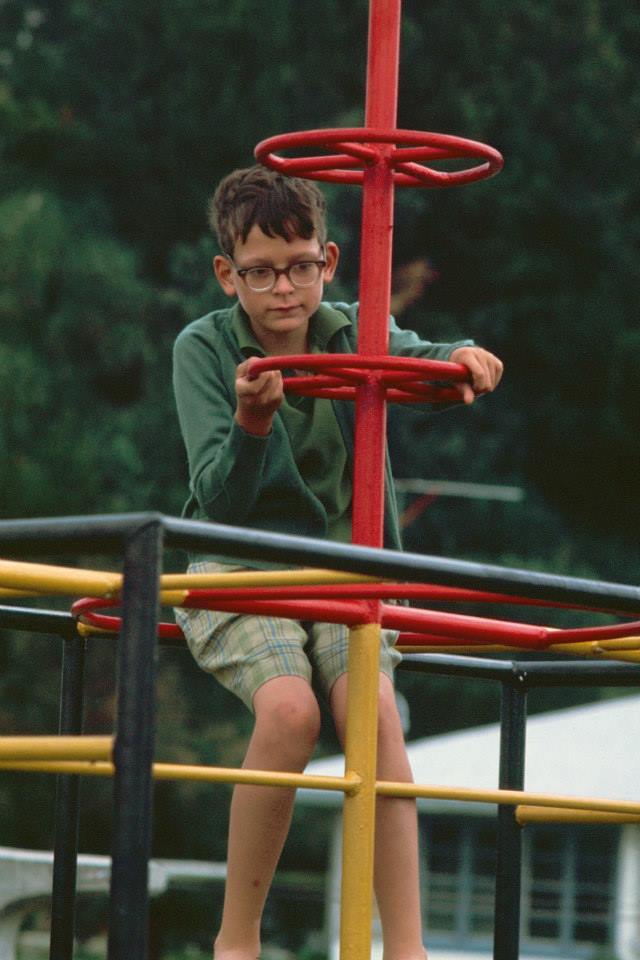 Just so you know who you are really dealing with...

I'm (Melvin) Randall Holmes, a professor of mathematics at Boise State University in Boise Idaho since 1991. My research is in systems of set theory or combinatory logic related to Quine's set theory New Foundations, with a sideline in computer-assisted reasoning. I have a general somewhat more than amateur interest in the history and philosophy of mathematics, particularly mathematical logic.

Here is my very ancient personal data page, which is not very serious and has a lot of broken links because it is ancient and needs to be fixed.

Here is the universal set bibliography (an expansion of the bibliography of Forster's NF book). I have an obligation to do some updating here.

Here is a largely outdated blurb about my NF activities, which I preserve for revision.

Here is my old home page for New Foundations, which is referenced here just so I can go in and fix it. It is very old...

Here is my new separate page on the artificial language Loglan.

Here are the notes from M502, Logic and Set Theory, which constitute my logic textbook under construction. My elementary set theory book using NFU which has been published is discussed below.

Information about my classes is no longer provided here. Students will receive invitations to view class pages on Boise State Google Sites.

I have discovered the consistency of New Foundations -- it is like custard!: Jesse Holmes

I have claimed since 2010 to be in possession of a proof of the consistency of Quine's set theory New Foundations. I maintain various versions of this proof here: every now and then I have had to declutter this space. The proof is complex and I freely admit to having severe problems with seeing how to present it.

Different versions of this argument use different notation and terminology. It is at bottom the same argument (even when a model of tangled type theory is the target rather than the construction of s tangled web of cardinals). It is nasty to present and I am always thinking about how I might make it more approachable.

Here is the version of the proof (a tangled type theory approach, the description in the Wisconsin slides, probably best yet) being used to attempt verification of the proof in Lean. This version is intended to replace the one below, but it involves considerable changes and the old version may be needed for debugging and reconciliation. The datestamp on the paper should be consulted: this one will continue to be updated regularly (August 9 2022 initial release)

Here is a now probably superseded version of the proof (a tangled type theory approach, the description in the Wisconsin slides, probably best yet) being used to attempt verification of the proof in Lean. The version above repairs an error and systematically changes the framework. The datestamp on the paper should be consulted: this one will be updated regularly during my Cambridge visit in May/June 2022 (writing in May 2022).

Here are the slides for the talk given on Zoom at the University of Wisconsin, 4/25/2022.

The following is the last full version of the tangled webs approach, which I preserve for reference. I now think that building a model of tangled type theory is much more manageable.

Here is a fresh version from April 2020. I am hoping this will be a bit easier to follow than earlier versions; I do some clearly indicated foreshadowing of impossible things that turn out to be all true in the end, which might help with motivation when I am doing the honest construction.

I am for the moment, in the interests of focus, making other older versions invisible.

If you have an amateur philosophical interest in NF, I do not think it likely that you will get anything out of these very technical and not yet very polished documents (in any version), and I am not likely to answer your questions about them. Be advised that in my opinion (which I know is not universal) the famed NF consistency problem has nothing at all to do with philosophical issues which Quine's set theory might be taken to address: I think that NFU addresses these issues to exactly the same extent and its consistency and mathematical strength have been settled issues since 1969.

Here is the talk I gave on New Foundations to the department at Boise State on September 10, 2013. Philosophical interests in NF might be served by these slides, and also by the notes on Frege's logic which appear below.

This is my most recent explicitly philosophical essay about Quine-style set theory.

I have removed a lot of links to various drafts in constructing the new page. Such drafts still exist on my university computer but are not present here. You may inquire about them if necessary.

My published book is available on-line in a corrected edition

Look Mom, I wrote a book! (jumps up and down)

I have permission from my publisher to post a revised version of my book Elementary Set Theory with a Universal Set (which has gone out of print) online. This PDF version is the result of a first pass through the text in November 2012 with the aim of preparing an official online second edition. I thank my publishers for their kindness in allowing me to maintain an online version, both to conveniently publicize error corrections and to make the work available now that it is out of print.

Communications about errors and infelicities would be very welcome!

Drafts of Current Work (and not so current work)

Here are some notes on TSTU presented as an unsorted set theory, developing some thoughts of Thomas Forster.

Here are some notes on category theory in NF, a current preoccupation of mine. Here is another draft on the same subject.

Here is a talk I gave recently to the local seminar on resolving the paradoxes in NFU. There isn't anything very novel about it: it was really intended as an example to address questions by a philosopher about whether discussions of avoidance of the paradoxes are explanations of why we regard a theory as reliable (the usual way in which resolutions of the paradoxes in NFU are discussed is not really motivated in this way). Here are some notes about foundations in type theory and NF(U) which are altogether more serious in intent, although they should be regarded as a negative indexed draft which might contain genuine howlers ;-)

Here is my submitted draft (2018) on representation of functions in third order logic (this paper has appeared). Here are the slides for my BEST talk about this.

Here find an outline of a proposed approach to semantics for the Principia Mathematica (PM) of Russell and Whitehead using the type and substitution algorithms in my paper on automated polymorphic type inference in PM. Here find some notes on PM with page references related to the same analysis.

Here find an outline of how to fix the foundational system of Frege using stratification in the style of Quine. Here find another approach to the same subject. Here find a computer implementation of these ideas.

Here find my current notes on Dana Scott's lovely and weird result that ZFC minus extensionality has the same strength as Zermelo set theory.

Here is the May 19th 2011 (submitted) version of the paper I am writing about Zuhair al-Johar's proposal of "acyclic comprehension", with Zuhair and Nathan Bowler as co-authors, a perhaps surprising reformulation of stratified comprehension.

Here find the note submitted Dec 30 2013 on my result that the set H(|X|) of all sets hereditarily smaller in size than a set X exists, not using Choice. It is surprising to me that this is not an obvious result, but the references for partial results that I have been able to find are recent, so perhaps it is new.

Here is a version of my paper on the curious fact that the urelements in the usual models of NFU turn out to be inhomogeous, because the membership relation on the underlying model-with-automorphism of the usual set theory turns out to be definable in NFU terms. This version corrects a couple of annoying typos in the published version.

I should put a link to my SEP article on Alternative Axiomatic Set Theories here.

Here are the slides for a talk I gave for students at the College of Idaho, which includes a cleverly minimalist representation of the reals.

Here are my notes on efficient bracket abstraction. Here is a brief related note on eliminating bound variables from syntax.

Here is a very old note on Quine's calculus of concepts which perhaps should be dusted off. Here is another

Here is a note on defining equality as indiscernibility in NF and related theories.

Here is a letter of mine discussing the set theory of Ackermann. Here are some not very serious notes on a pocket set theory. Here is a later version (PDF file).

Here find a rather disorganized directory of PDFs of my papers, some published versions and some late drafts. 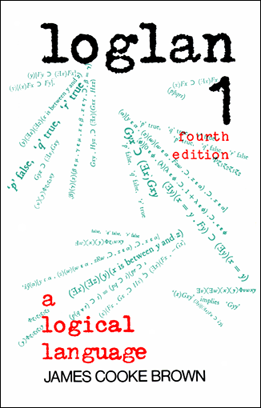 The place to start...

For several years, I have been the "chief executive officer" (a grander designation than is perhaps appropriate) of The Loglan Institute, the nonprofit organization which attempts to guide the development of the artificial language Loglan. This language was originally proposed by James Cooke Brown in the 1950's as a vehicle for testing the Sapir-Whorf hypothesis (look it up!) A specific peculiarity of this language is that it is (at least in intention) syntactically unambiguous: the official version of the language is unambiguously machine parsable. The language is intended to be highly logical: it is to some extent an implementation of first-order logic in a spoken language.

Here is my new separate page on Loglan, where you can find pointers to my current Loglan projects.

Here is the link to the page for my old theorem prover project Watson: Watson theorem prover page. I am planning to incorporate some features of this system into my current project. This project was funded for some time by the Department of Defense; I have not worked directly on it for years, but I have not forgotten about it entirely.

Note the question mark. I'm not gung ho on this subject, but I have spent some time investigating the question of whether and how well mathematics (and other content) could be taught in online environments such as Second Life. I participated in the class Teaching and Learning in Second Life taught by Lisa Dawley in the Boise State Educational Technology Program in 2009 (?). I think a major (perhaps the major) technical problem with teaching math in SL has to do with the difficulty of freehand drawing in SL, and I developed a tool in Second Life which (almost) addresses this. In spring 2010 I taught a class in SL called Teaching Mathematics in Virtual Worlds, through the Educational Technology Department here. Here are the slides for a talk I gave about this class at the VWBPE conference in SL in 2011(?). I'm currently practicing my Loglan in weekly conversation meetings in Second Life, but not there much otherwise; I remain interested in doing some experiments on representing Calculus III concepts in the 3D virtual world.

I have designed an eccentric programming language (Strictly False) an extension of Wouter van Oortmerssen's elegant False programming language. The source (in Standard ML) is here and the documentation (PDF) is here.. Any BSU student who writes a program in False or Strictly False which does something interesting can come and see me for praise [you can get a DOS False interpreter off the site I cite; to run my interpreter (and my language is definitely more powerful), you need Moscow ML].

The Definition of Planet (frivolous)

Definitions are important to mathematicians, and fools rush in where angels fear to tread, so here find my modest proposal for the definition of "planet" with comments on why the definitions lately proposed by the IAU are not so good.